Long time no post, I know. :( I have some pictures from some events he's been at in the past month, including the CBS TCA party, Comic Con and the premiere for The Amazing Spiderman. 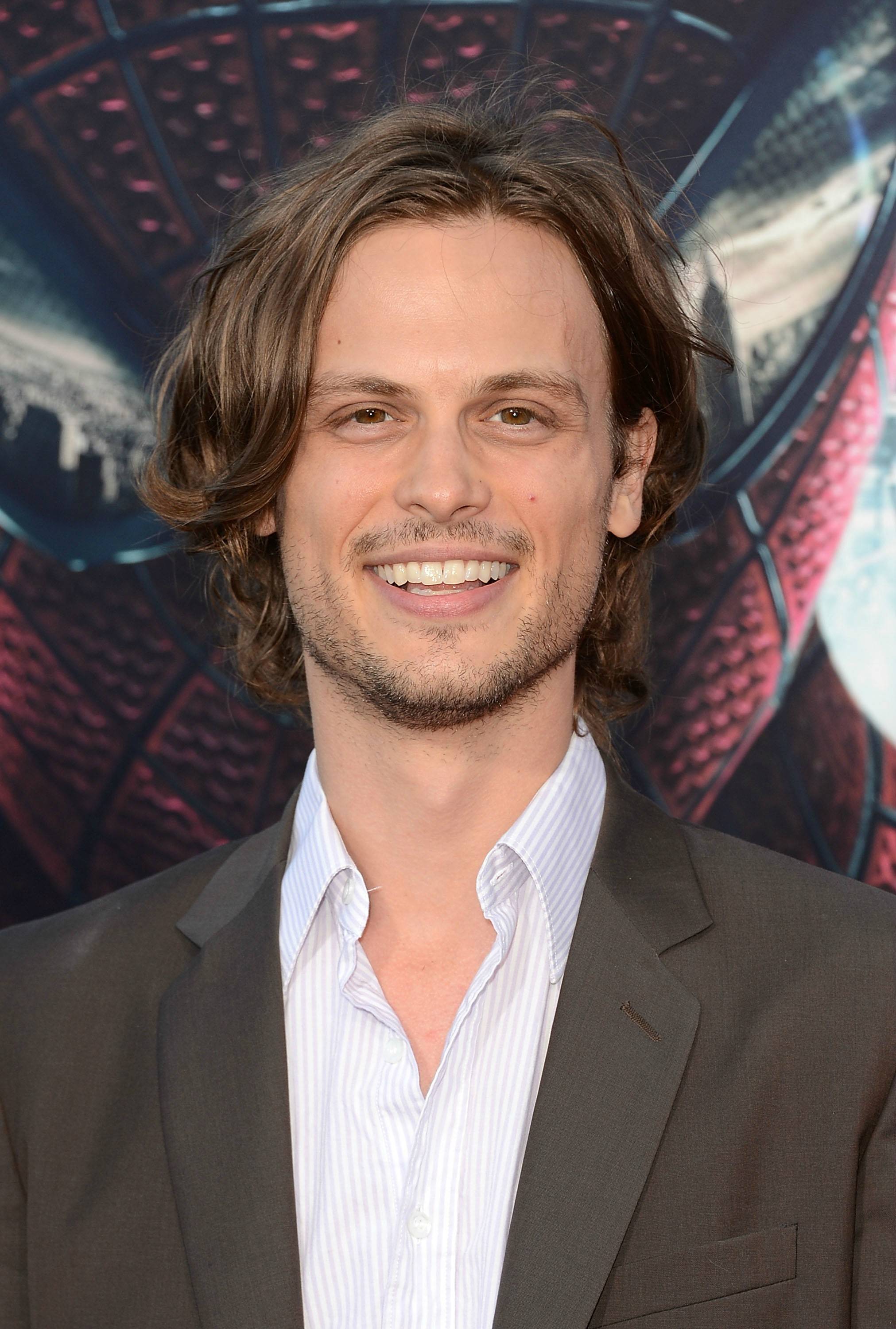 On CBS' Criminal Minds, actor Matthew Gray Gubler portrays Dr. Spencer Reid, a genius FBI profiler who has been plagued by violent nightmares. "He's haunted by the faces of victims and young children, people that he wasn't able to save. ... He sees terrible things on a daily basis," says the actor, whose character's harrowing journey grew even more sadistic two seasons ago after he was kidnapped and tortured by a serial killer, played by a former Dawson's Creek cast member, no less! It's enough to send anyone off the deep end, and Gubler's alter ego is no exception. He's struggled to overcome his issues through varying means, from the conventional (therapy, introspection) to the, well, not (drug addiction, sulking). And while it's a long road back, Dr. Reid has attempted to put his personal demons to rest so he can continue slaying the real ones.

er...can't save or embed the photo lol but it's here: Matthew Gray Gubler on WhoSay

Joe: My favorite Criminal Minds episode from this season is... + Gubler stops by!

I can't get the video to embed correctly, but you can watch it here

There's a 'portfolio' of MGG here at DNA models with some photos and articles :)

Here's Gube talking about directing and a movie he's going to be in this summer.

The rest of the article is here

Can I just say how happy I am that he's definitely signing a contract for next year? :DD

Some new event photos from the last few weeks.

If anyone has any more of these events, or the HM ones untagged, please share. I haven't been on Tumblr in a long time so I don't know if anything new has been posted. ♥

from mgg's tumblr: "long lost footage of me singing karaoke while dressed as a turtle"

One from 7.19 "Heathridge Manor", the ep that Gubler directs!